Alpha Maiden’s mission is to help survivors  become strong mentally & physically to become to Woman Warrior they’re meant to be. 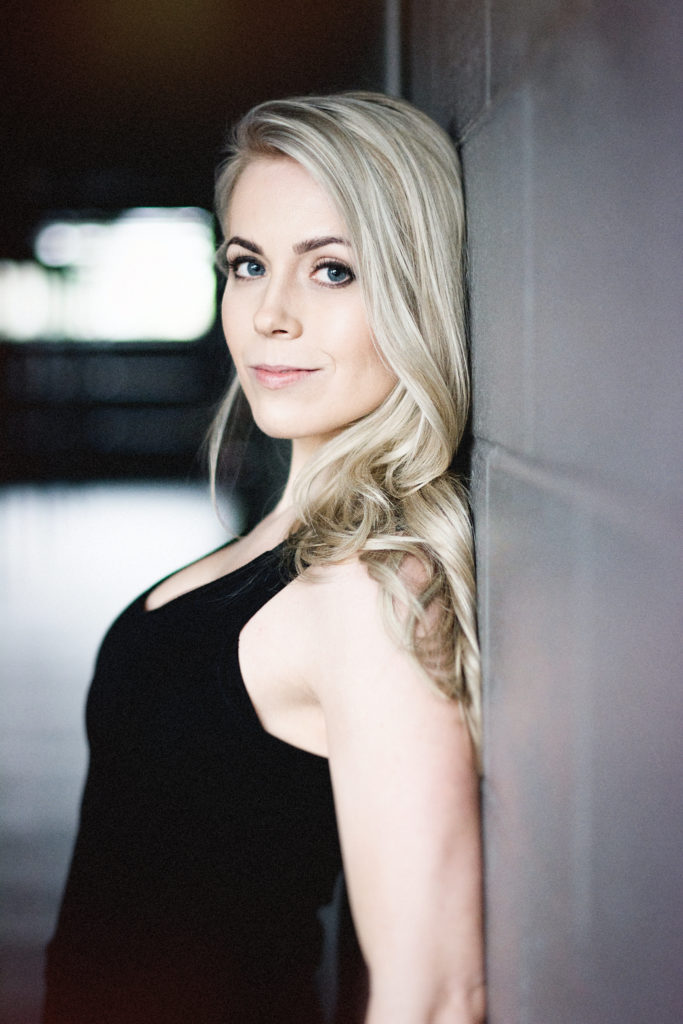 When I was a young teen I was on the track and cross-country team and I’d run on my treadmill at home after school as well. I also became obsessed with monitoring my calorie intake. I dropped from 1,500 kcal per day to 1,000 kcal, then 700 kcal, 500 kcal, and kept dropping in an effort to lose weight. I remember looking in the mirror to make sure my collar bones and spine were visible. I would stand with my ankles together looking at the gap between my thighs and always be disappointed that it wasn’t bigger. I was obsessed with exercise and monitoring everything I ‘allowed’ myself to consume, which wasn’t much. I constantly struggled with my body image while being in strict denial that I had any sort of psychological problem.

When I got to high school I joined the ROTC. My coach on the team noticed a problem. After a few training events he told me to record a food journal for a week. Once he saw my food journal he said,

“With how little you’re eating and how much we’re exercising on this team, it could kill you. If you don’t start eating I am going to kick you off the team.”

To this day I believe my ROTC coach saved my life. He noticed and addressed the problem tactfully, talked to me about it, and I ultimately started eating again.

Fast forward a couple years. My first real high school relationship became mentally, emotionally and physically abusive. As a result I became anti-social and quit all the teams I was on. I became reclusive and didn’t talk to any of my friends. I even transferred schools. I was filled with confusion, fear and anger. Although I didn’t understand it or have the vocabulary to identify it at the time, I was experiencing victimization, abuse, and traumatic events that I didn’t know how to talk about or deal with. At the time I did my best to hide it. I didn’t fully grasp the ramifications till long after that relationship ended.

While in that relationship and as a result of the isolation, I began to gain a lot of weight. My behavior toward food swung in the opposite direction from years past, and I developed compulsive eating issues. I constantly jumped into starvation/binge cycles. I was always on a “diet.”  I knew I had been skinny before, so surely I could do it again. I thought maybe if I were skinny again, then maybe my boyfriend at the time would love me. None of which ever worked. The diets would lead to binge eating. He only contributed to the negative body image issues and emotional despair with more verbal, psychological, sexual and physical abuse.

Even after leaving for good, the ramifications were significant. Several years after the fact I would become triggered and panic attacks would ensue. I would mentally shut down while re-living those moments in hysteria.

Years later, I moved to Seattle to start a new life. Although I was on the path to healing, I continued to carry a lot of fear inside. I was afraid to walk to my car alone at night. I would tense-up if someone walked toward me on the sidewalk or approached me in public. I’d keep my eyes low and head down. My fear made me look like an easy target, and as such I was cat-called and harassed on a daily basis and even had to run from attempts at being assaulted.

It took awhile for me to piece everything together. After many years I had drastically improved my self-confidence and body-image. Fitness and yoga helped dramatically with it. However, I also recognized that health isn’t just a physical activity but also a mental and emotional one. Although I had repaired my relationship with food and trained in the gym regularly, there was obviously work that still needed to be done in my mind.

I felt confident in myself physically, but I also wanted to feel emotionally resilient and mentally tough.

I wanted to feel safe.

I realized confidence and healing goes far beyond the physical. I began researching, reading and educating myself. I became a certified wellness coach in behavior change. I took classes on self-defense. I learned that healing and becoming the modern day Woman Warrior starts with having the right mindset, and saying “never again.”

Most of all, whether we want to achieve self-confidence, resilience, feel strong or safe, it’s important to know that it starts with us as an individual.

It starts with us changing our mindset to gain the tools necessary to become the best we can be.

And that is what led to the creation of Alpha Maiden. Nearly a decade of experience and education on what it means to be confident, strong, self-reliant, resilient and empowered.

My mission is to help others who are or have been in my shoes. I also want to help prevent others from ever putting on those shoes at all.

My mission is to build a community of strong women who refuse to be a victim and are ready to stand in their power and become the Woman Warrior they’re meant to be.